The Swash Channel Ship Wreck – See it for yourself!

Commercial and Specialised Diving have been working with Archaeologists from Bournemouth University to help preserve and recover the artefacts from the 400 year old Swash Channel Wreck.

The ship wreck was found just outside the entrance to Pool harbour when the channel was dredged. The seabed was found to be scattered with iron canon and lying below the sand was a 400 year old ship wreck which was full of interesting artefacts from that era.

The most impressive find is an ornately carved oak rudder that is now on display in Poole Museum.

The rudder being recovered from the seabed

Standing at around 5 meters tall, this is the only a small part of the rudder. Originally the rudder would have been over 8 meters tall.

The most interesting part of the rudder is the head piece and in order to see this you have to go to the first floor of the museum.

The head piece consists of a carving is of a middle aged man with a flamboyant moustache.  His eyes are looking up to scan the horizon.  No one knows who the head piece portrays, but it is possible that the figure head is a portrait of the ship’s owner. 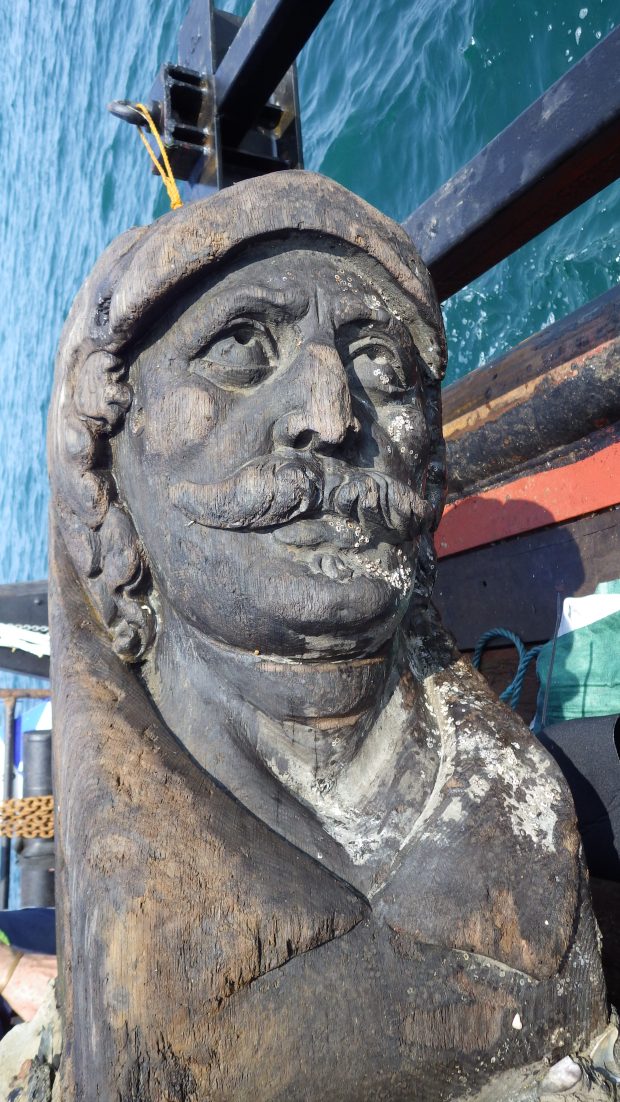 Other artefacts recovered from the ship wreck are also on display at the museum which is free to enter.

Commercial and Specialised Diving have the knowledge and experience to carry out archaeological work – so if you would like to find out more about our services, please do not hesitate to give us a call on 01202 580007.

Let other people know about this:

← In the Drink – Diving in potable water
Expansion Joint Replacement →